I recently purchased a new Brew In A Basket system from OntarioBeerKegs.com. They had a special making it $300 CAD shipped for the kettle, valve, thermometer and basket. I opted for the 16.5 gallon version and I think it was a good move. The 8 gallon kit just seems too small for the average batch. I also added a 12″ Bazooka Screen. Adding a 1/2″ stainless nipple would have been wise for the valve but I snagged a brass one locally instead.

It’s a beast! But the overall process of brewing with it is, generally, notably simpler and quicker.

BIABcalculator was quite helpful for calculating how much water to use and the temp to heat it to. Nailed my starting mash temp. Total mash volume was 8.19 gallons with the grain in.

On my first brew I found the mash was cooling down after ~20 minutes so I attempted to lightly heat it with the propane burner while stirring. I notably overshot temperatures on it and suspect I’ve ruined the batch. I will look into regulating temp with a cheapo HERMS setup for my next brew.

Other than that notable hiccup, the brewday was quick and easy. I started capturing filtered water at 10:15am and was done cleaning up completely by 2:30pm.

I attempted to brew the Thundersmoke Brown Ale. 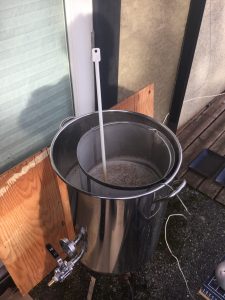 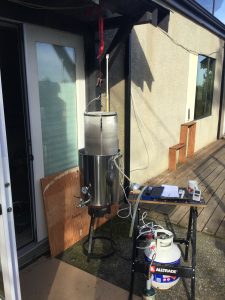 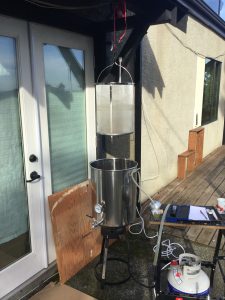 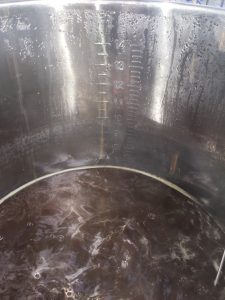 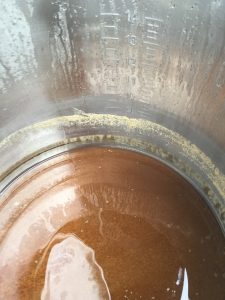 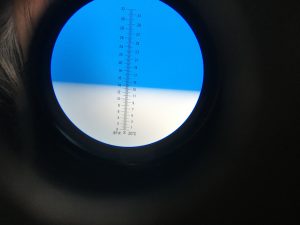 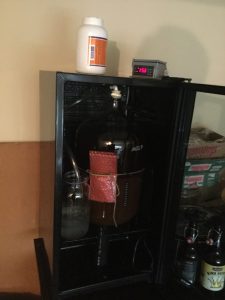